The Top 5 Mistakes Made by Young Basketball Players

This huge amount of information which is available at the touch of a mouse button probably does more
harm to young players than it does good. It leads to them making mistakes which negatively affect
their performance and prevent them from reaching their full potential. So, what are the top five
mistakes made by young ballers?

1: They play too much basketball.
As stupid as this might sound at first, it is true. Young comprar hinchables juegos baratos basketballers often live and breathe for the game.
They can play for hours each day, and it becomes the major time consumer in their lives. As the saying goes,
‘you can have too much of a good thing’. Playing this much ball will reduce player motivation, and means that
they will continually be playing at a sub-par level.

No one can play at their best for hours a day, every day of the week. When a young basketballer begins to
play poorly – be it due to poor motivation, over exertion, or a simple lack of concentration – they can
get used to it. This can drastically stunt their development as a player, not least because they lose their
belief in themselves. For most amateur sportspeople, engaging in actual gameplay two or three times per week
is enough. Any more and the risk of burning out and losing motivation rises exponentially.

2: But they don’t train enough.
Anyone with some knowledge of professional sports knows that it takes huge amounts of training to get to the top level.
However, young basketballers often skip on this training. Since they are playing so often
(something which is more fun than training by the way), they don’t have the motivation to dedicate time to training their basic skills.
If you dream of becoming a high-level basketballer, then it is extremely important for you to practice the basics regularly.
Instead of hitting the court for a game, get out there and practice dribbling, passing, shooting, and defending.
Make sure that you focus on your technique when practicing, as this is where most improvement will come from
(unless you are already extremely skilled). According to most basketball experts, two or three days of simple training per week,
on top of two or three days of actual gameplay, is the perfect amount of basketball. Serious players should make sure
they take at least two days per week away from basketball, as rest days are an extremely important part of development.

3: They don’t place enough emphasis on recovery.
Again, anyone with some sort of knowledge of high level sports knows that recovery is just as important as training.
However, young basketball players often ignore it altogether. They spend hours on the court every week, but don’t
dedicate any time to helping their body recover.
The basic principle behind training is that you work extremely hard during the session, ‘damaging’ your body.
For the 24 to 48 hours afterwards, your body ‘fixes’ itself and becomes a little stronger and a little better
than it was before in an attempt to better handle the next session. During this time recovery practices should
be implemented to ensure you get the most out of each session.
Recovery can be as simple as ensuring that you drink plenty of fluids and eat a good meal after a game or training session.
You can perform some stretching to help your muscles recover, and can also do things like foam rolling, icing sore areas, or getting a massage. 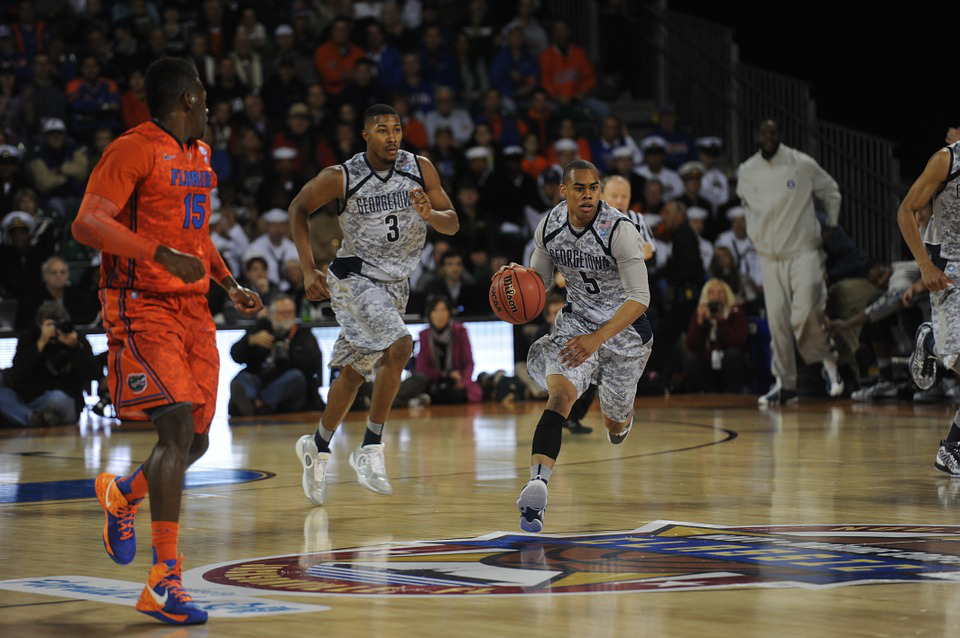 4: They try and play above their skills.
A huge part of backyard basketball culture is the social status which comes with being the best.
The flaw in this is that the player who appears the best in a street game will not be the best on court.
Always striving to be the most showy or the best looking can affect a young player in a number of ways, including:
●It can teach them bad habits. By practicing showy actions which are not useful in a real game, or which go against
conventional basketball movements, players can hurt their skills. They can learn bad habits which may be exposed
in gameplay, or learn poor techniques which will affect their future development.
●They will focus on what looks good, rather than what helps their complete game.
This means that although they might look like an incredible baller in a friendly match,
they will be exposed when it comes time to perform in a high pressure situation on the court.
If you are a young basketballer striving to reach a high level, then don’t fall into the trap of becoming a show pony.
Focus on what is the most important: skills and techniques first, quality training and recovery second, and fancy moves last.

5: And they don’t work on their team-oriented game.
This relates directly to most of my previous points. Players play way too much basketball, but most of this isn’t serious.
They don’t train often enough, and therefore don’t work on one of the most basic skills involved in any team sport:
playing as one single unit with the rest of the team.
As mentioned earlier, most young ballers are concerned first and foremost with ‘looking good’ and impressing the people watching.
This is a mindset which isn’t at all conductive to good team play. When playing as a team, it is sometimes necessary to do your
job without getting the outside recognition that could come with it. For example, a defensive specialist is never going to get
the same applause as the star who shoots 50 points a game, even if they play an equally important role in the team.
Any young player who is serious about developing their game needs to rise above the idea of individual recognition,
and instead focus on playing their role to the best of their ability and working hard to improve their game.