From Down Under To The States: Top 5 Australian Basketballers Making Big Impressions

Australian basketball players are increasingly finding their way to international shores, especially in the NBA. Some say it is the Australian way of hard work and persistence that make US coaches and scouts consider them for selection, others mention that it’s “the result of a steady growth model three decades in the making.” Regardless of the reasons why, below is a list of a few high performance basketballers hailing from the land down under.

Two-time Olympian Andrew Bogut plays as a centre for the Golden State Warriors in the NBA. The 31-year-old has received praises for playing a crucial role in the team, which is best described in a Guardian article – “Bogut is the crux of Golden State’s defense and creates important space for team-mates in attack – his screens are a core element of their offensive play.” To top it all off, Bogut was selected as the first overall pick in the NBA for Milwaukee in 2005. 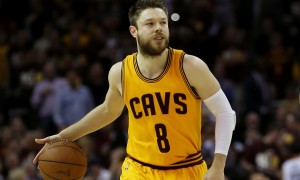 This professional basketball player for the Cleveland Cavaliers of the NBA was ranked one of the top junior players in Australia. Rated as the #73 shooting guard recruit for the 2008–09 recruiting season, Matthew Dellavedova contributed for the Gaels and started each of the first 15 games of the season for the team. In the following season, the Maryborough-raised basketballer averaged 12.1 points, 3.5 rebounds and 4.5 assists per game. 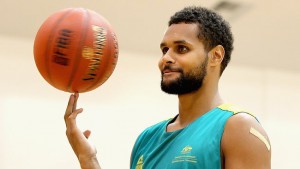 Mills represented Australia at the Beijing 2008 Olympic Games, where he averaged a team-best 14.2 points. He was first selected in the NBA in 2009, and won his first NBA championship with San Antonia Spurs in 2014. The Canberra-raised point guard is undoubtedly skilled, so much so that five-time title-winning coach Gregg Popovich has mentioned “some nights things aren’t going that well and the team doesn’t have it, but you can count on Patty Mills to come in and give everything.”

Only getting a true feel of basketball in his late teens, Aron Baynes was quick to attract the attention of basketball coaches across Queensland. He was able to represent the state by 2002, and was offered a scholarship after the state championships with the Australian Institute of Sport. He was nominated for the NBA draft in 2009, after a short stint playing for the LA Lakers summer league team and before taking his game to Europe. Today, Baynes is the only Euroleague baller to post remarkable double-double averages of 15 points and 10 rebounds per contest. 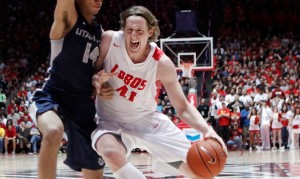 By the time Cameron Bairstow was a senior in the University of New Mexico, he had completed one of the most remarkable turnarounds in the school’s history by doubling his previous season’s scoring average, putting up 20.4 points per game. He has remained consistent since then, with the Bulls’ general manager Gar Forman commending Bairstow’s style of play and highlighting the basketballer’s combination of size, energy as well as physicality as the reason they were keen on him.